Thumb-sucking is a natural reflex for babies. The habit can continue for the first few years of childhood without any permanent damage being done. However, if the habit is not discontinued by the time that the permanent teeth erupt, then the mouth can become permanently deformed. The classic look of a chronic thumbsucker is tiny prominent upper central incisors (or buck teeth) along with a receded chin. It’s possible that there can be a speech impediment also. It’s not really the pressure of the thumb physically pulling the teeth forward that causes the deformity. When the thumb is present when the child swallows, it redirects the tongue downwards away from its natural position in the roof of the mouth. When the thumb is not present, the tongue will continue to thrust forward causing the upper teeth to shift forward and the pressure from the cheeks will collapse the arches inward. 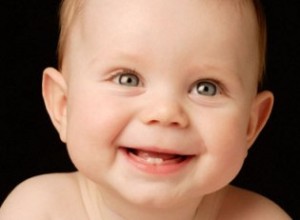 The first teeth to appear in the mouth are usually the lower central incisors. They tend to erupt anywhere from six to twelve months of age. The rest of the baby teeth follow suit with the second molars coming in at around two years of age. After that, things are pretty constant until kindergarten. The permanent teeth tend to erupt at 6-7 years of age, however, a range of 5-8 years is still within the normal range. Just because your child has not lost their first baby tooth by their eighth birthday, would not be a cause of concern. However, if no teeth have been shed by age nine, it is best to consult a physician just to rule out any possible endocrine problems. The first permanent molars usually come in around six years of age, hence the name “six year molars”. The twelve year molars are the second molars, and the third molars are the wisdom teeth that usually erupt between 17 and 25 years of age.